Care to Translate are committed to solving language barriers in healthcare, by provided a digital medical translator that lets patients and healthcare providers communicate even without a common language. We are currently working together with CTT and helping them scale up their solution to more phrases and languages.

Lingsoft is a full-service language management company and one of the leading providers of language services and solutions in Finland and the Nordic countries. We have ongoing work together with them on projects in diverse areas of language technology.

Region Västra Götaland is the county council governing the territory Västra Götaland in Sweden. Their mission is to ensure that the population in Västra Götaland has access to medical care, as well as to develop and administer culture, public transport, growth and sustainable development.

We have worked together with the Women’s Clinic (Kvinnokliniken) at Södra Älvsborgs sjukhus Borås, to develop a translation app for use within the area of obstetrics. 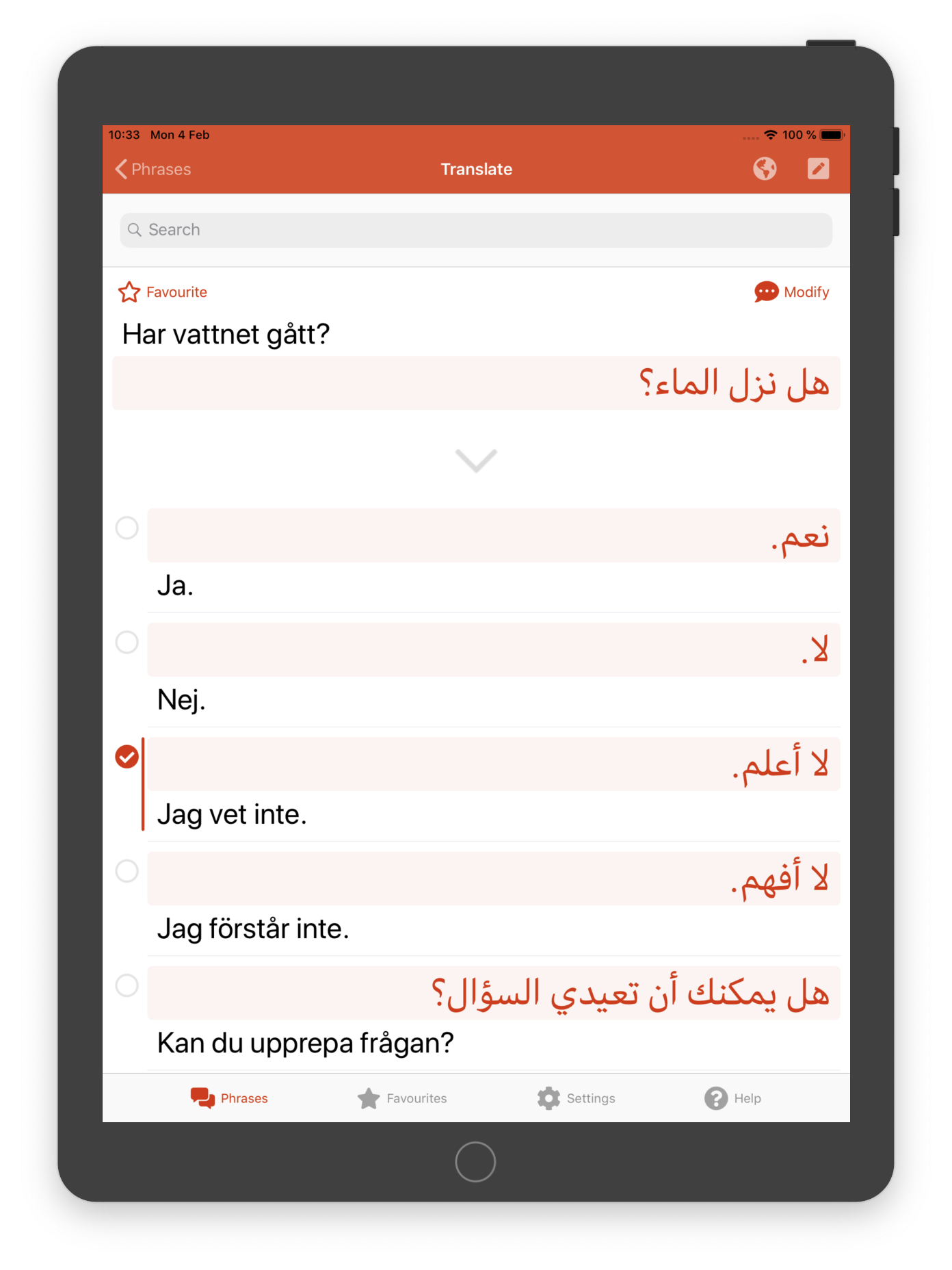 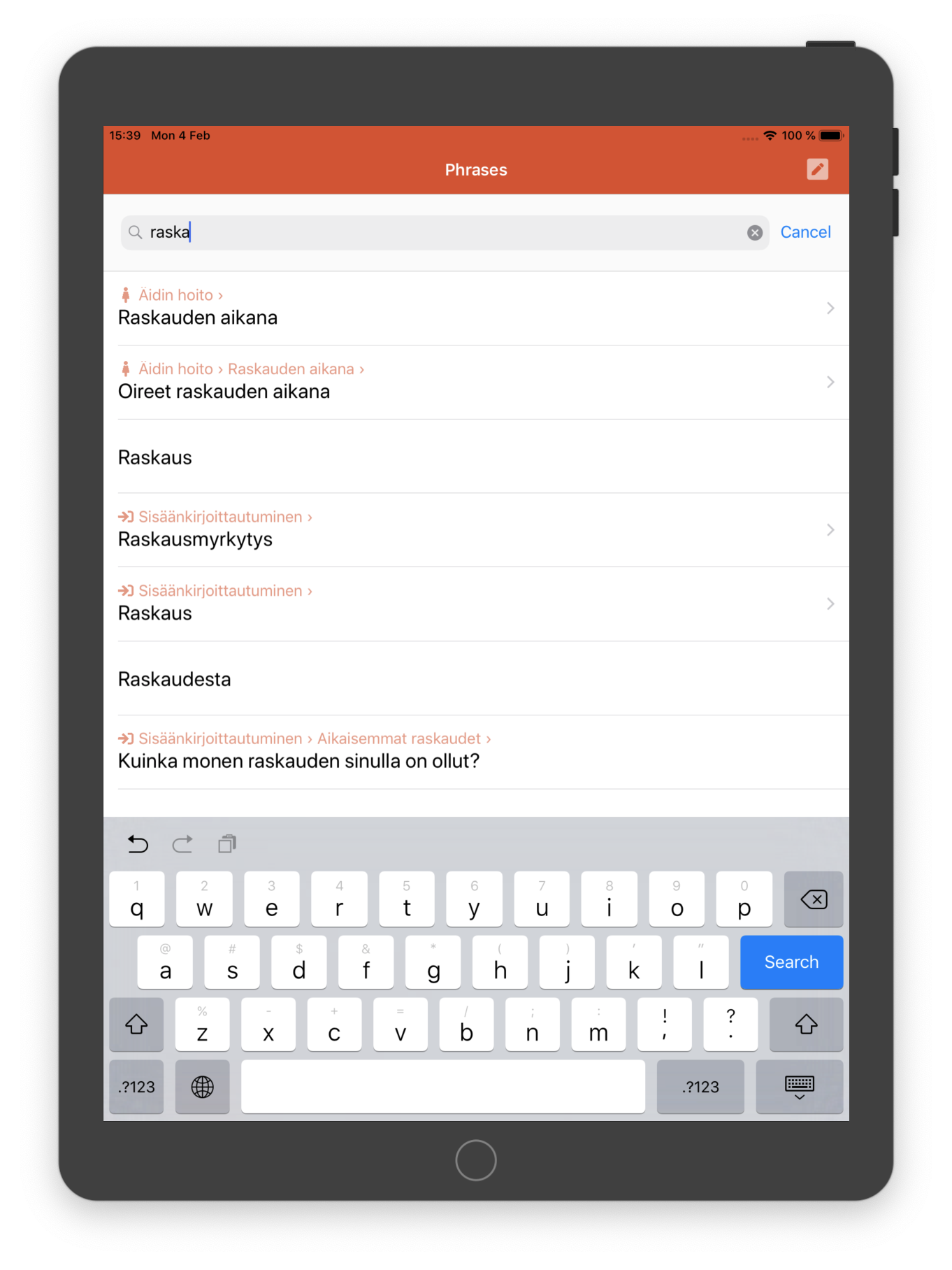 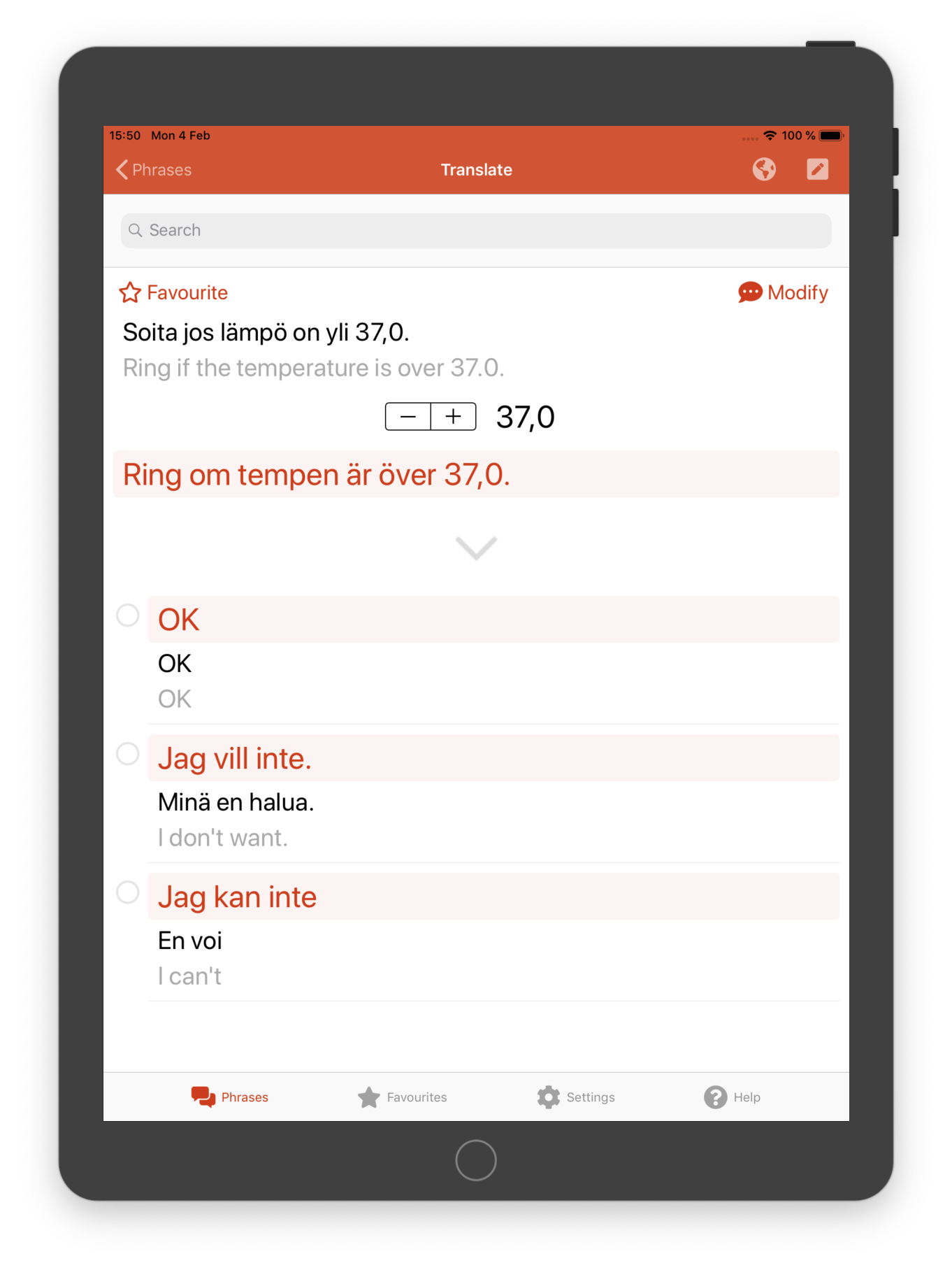 Altran is a global leader in Engineering and R&D (ER&D) services.

Our work with the research team at Altran Intelligent Systems Expertise Centre involved building a translator from formal specifications to natural language.

Digital Grammars produced a tool for Altran which automatically translates formal specifications (specifically those written in the Z language) into readable natural language (specifically English). The tools developed by Digital Grammars have exceeded our expectations, achieving what we were hoping for while providing other benefits that we had not anticipated. 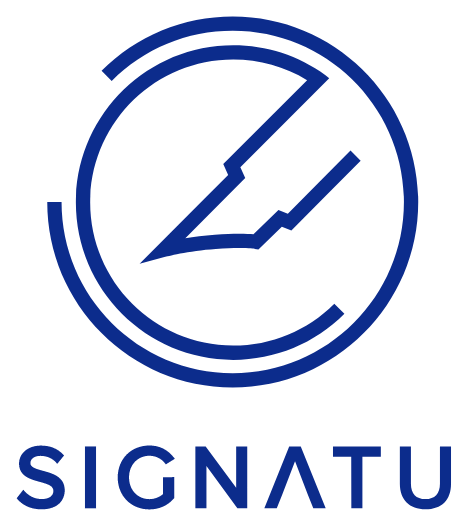 Together with them, we have built a multilingual grammar and lexicon enabling the analysis and translation of all legal concepts found in the GDPR (General Data Protection Regulation, the new EU legislation) for English, French, German, Italian, Spanish.

Below is a screenshot of one of our largest GF projects so far, the GDPR lexicon. More information can be found on the online demo page at https://gdprlexicon.com/. 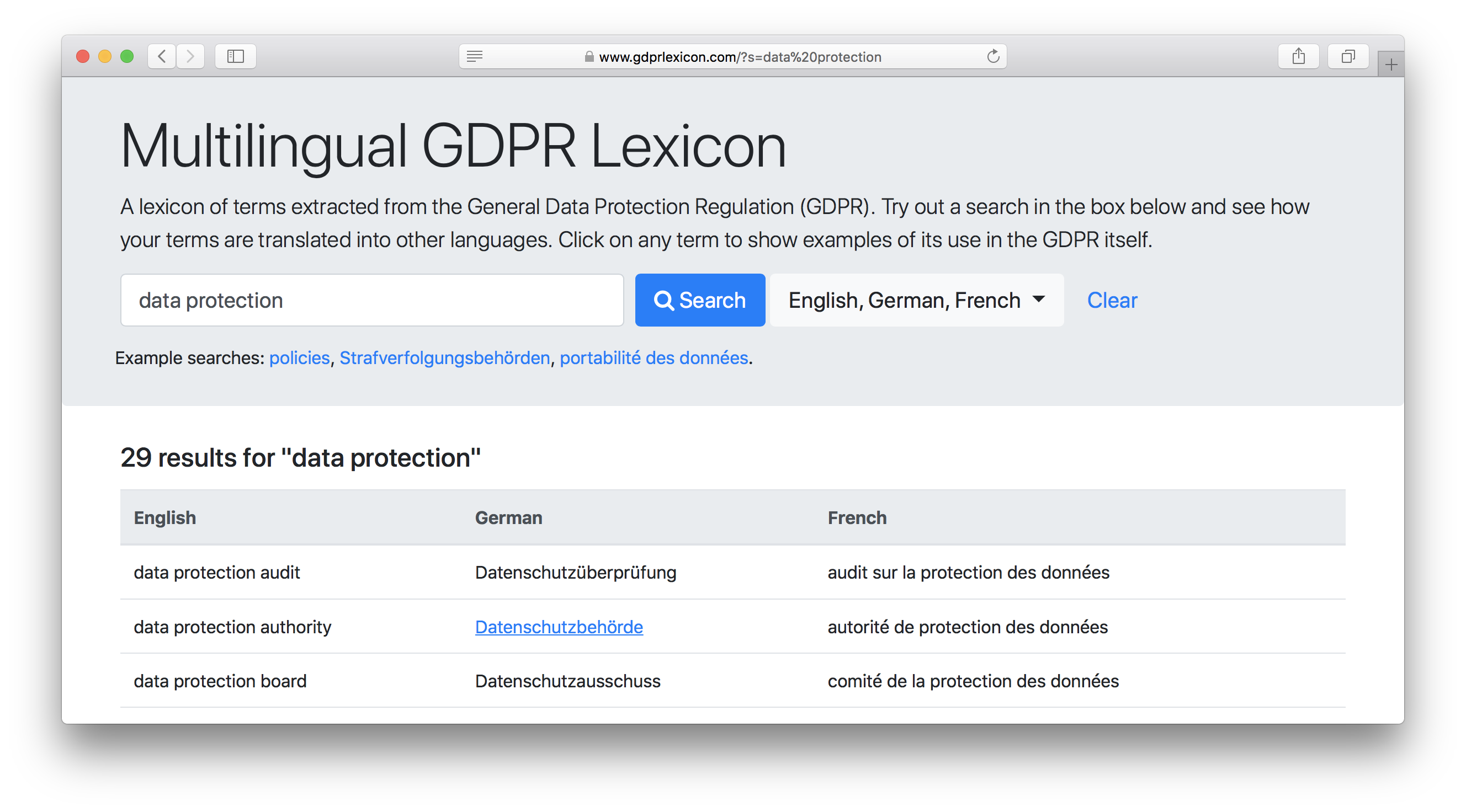 SU Ambulans is in charge of ambulance services at the Sahlgrenska University Hospital in Gothenburg. Ambulanstolken is a mobile translation app that allows health care staff to communicate with patients with whom they don’t have a common language. The app is based on the SBAR question-answer protocol (Situation, Background, Actual information, Recommendation). It enables both text and speech translation.

The project is carried out in cooperation with Sahlgrenska Ambulans in Gothenburg, Medtech West, and PreHospen at the University of Borås, covering English, Finnish, French, Persian, Romanian, Spanish, Swedish.

Below are some screenshots of our mobile translation app for health care staff, helping them to communicate with patients across language boundaries. 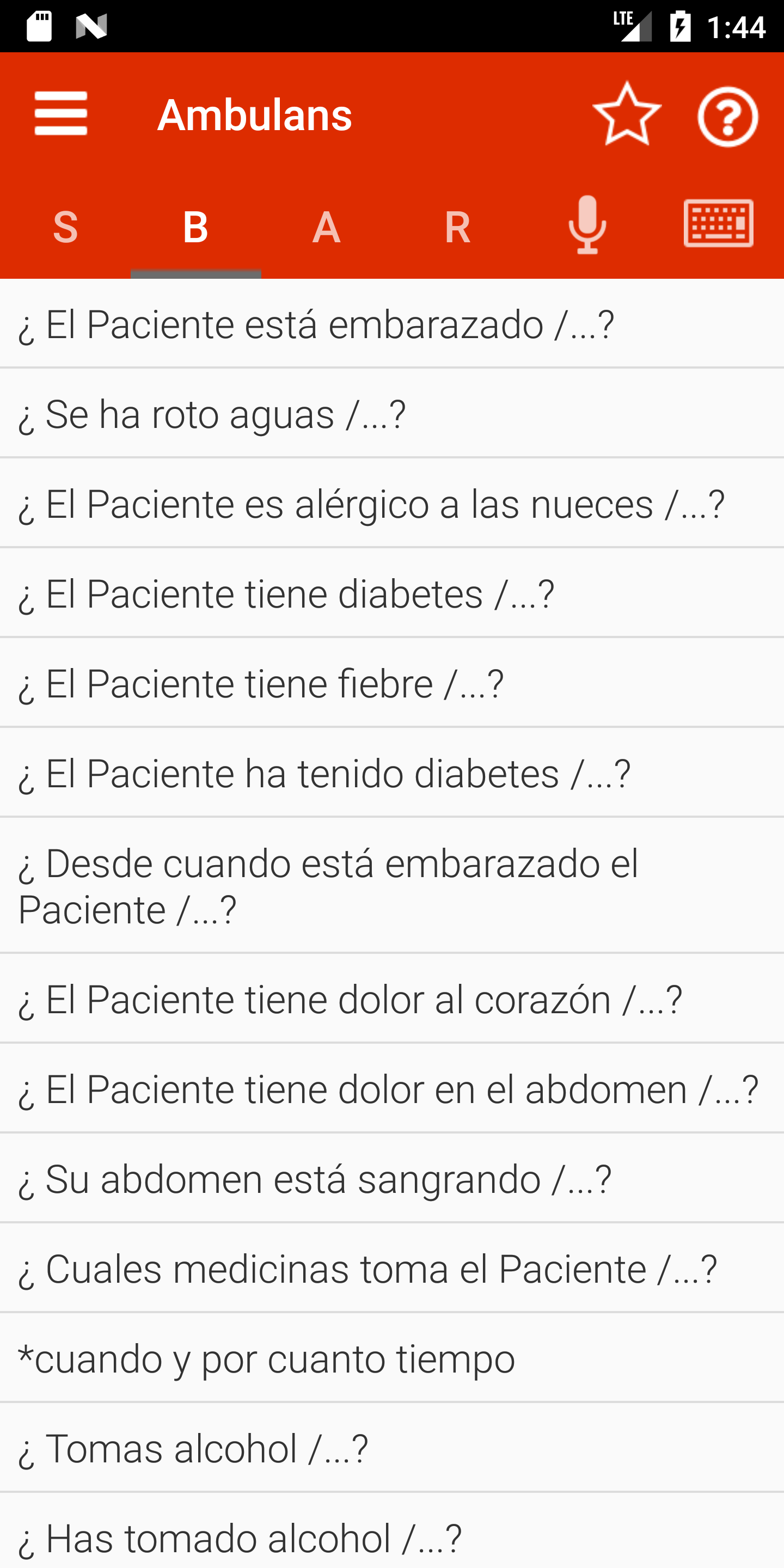 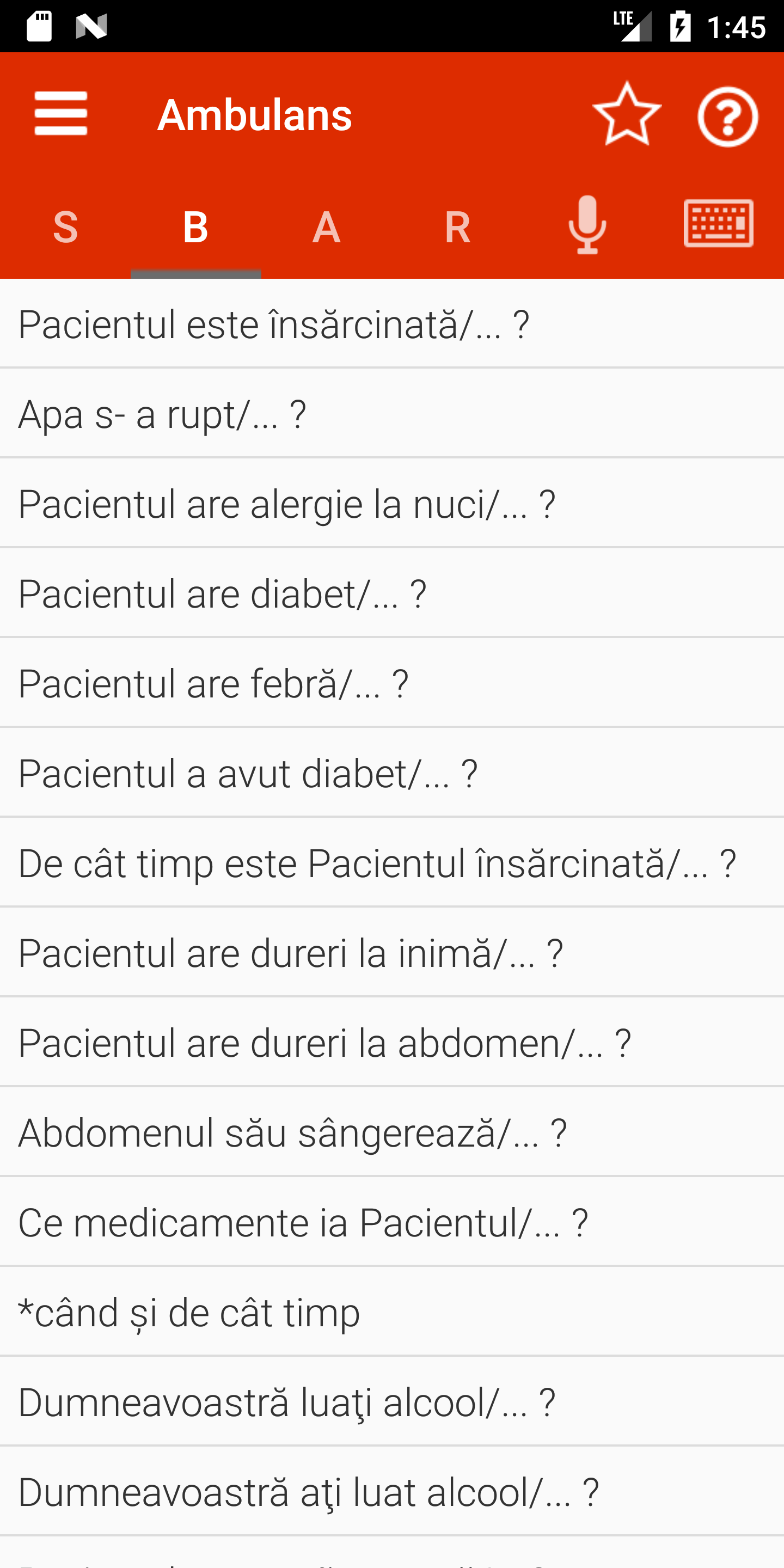 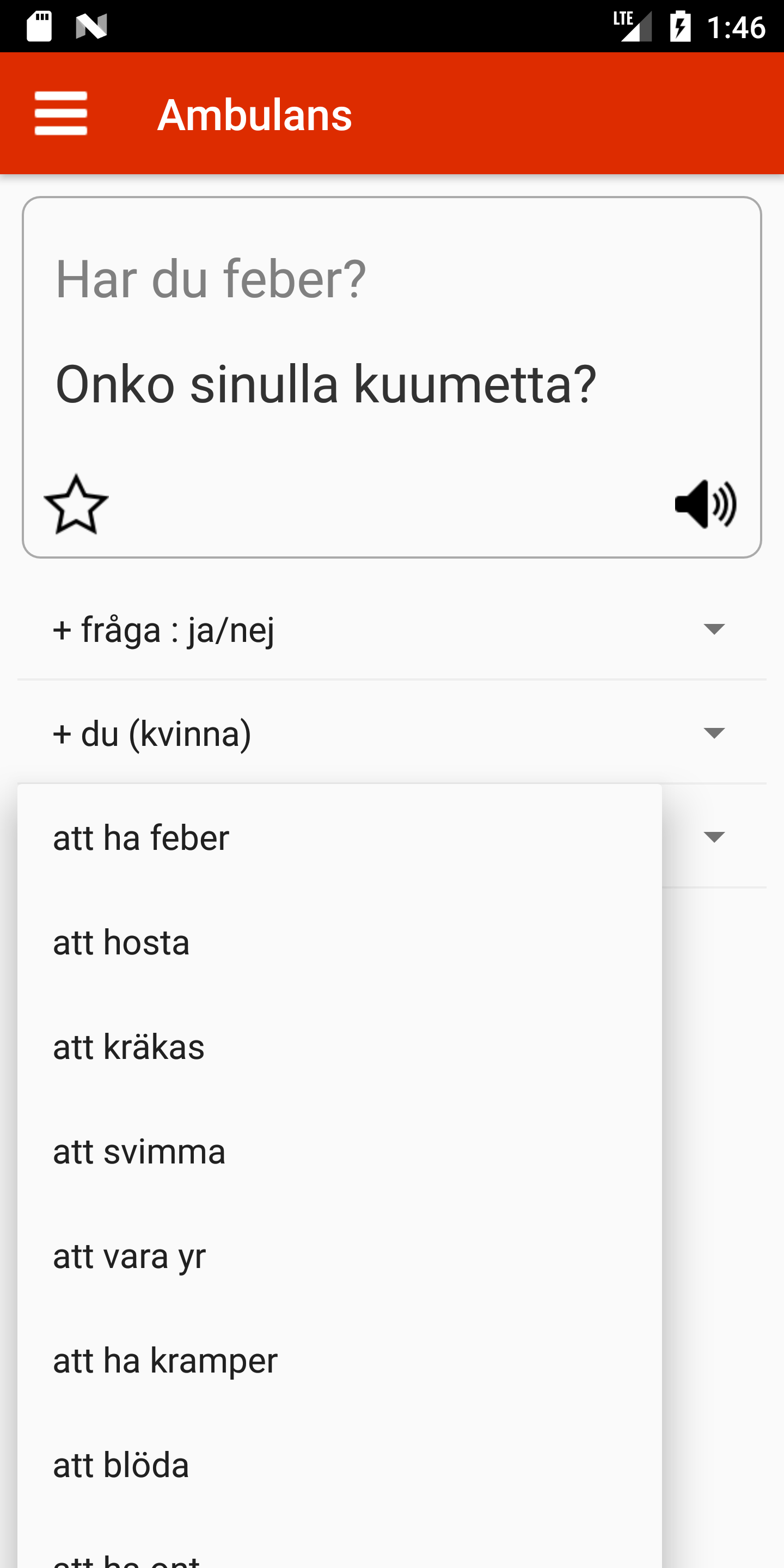 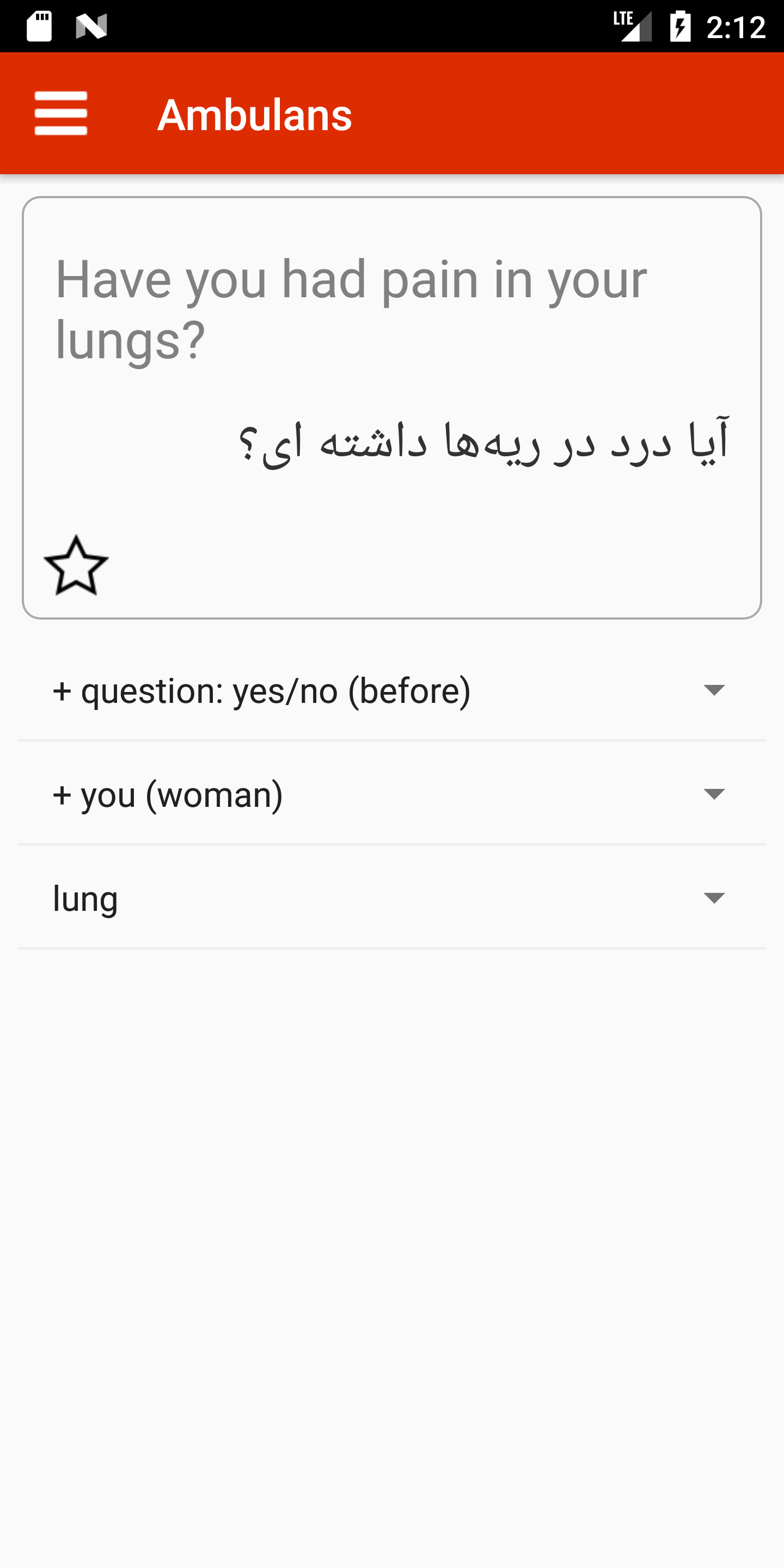 Digital Grammars has built an analysis and reasoning tool for legal documents written in English.

Lex Cogitans is building ambitious software to help lawyers understand the implications of complex commercial transactions. We have worked with Digital Grammars on the natural language processing part of this software. Specifically, DG built for us a proprietary extension of GF, to support our controlled natural language formalism.

We have found Professor Ranta’s systematic, type-theoretical approach to be uniquely powerful. Its treatment of syntactically different, but semantically similar, grammatical constructs has been particularly valuable. The scope, accuracy and precision of GF is, in our experience, quite unparalleled.

Tillgänglighets​databasen (Accessibility Database) is a web service that gives information related to accessibility to buildings and services. TD is a unit of the Västra Götaland regional government in Sweden.

Digital Grammars has built a second generation of translations for TD, which are used in the TD web page. The translations address Finnish, German, and Spanish. 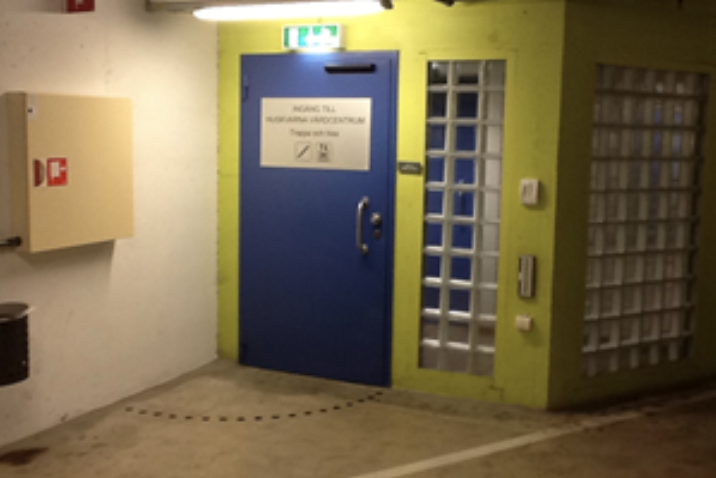 Talkamatic is a company addressing voice communication in mobile, web, and automotive applications.

Digital Grammars has made the Talkamatic Dialogue Management multilingual by extending it from English and Swedish to Chinese, Dutch, Finnish, French, German, Italian, and Spanish.

DART is a team of assistive technology experts under the Department of Neurology, Psychiatry and Habilitation of Sahlgrenska University Hospital, Gothenburg, Sweden.

Digital Grammars worked for DART within the InLife project (INdependent LIving support Functions for the Elderly). Starting from a list of 2000 words and phrases, we have developed a translator and natural language generator for English, Finnish, German, Slovenian, and Swedish.